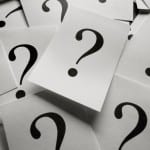 This is the inaugural post for a new section I want to run on my blog called “ASK A SOB”. Be sure to submit your questions and queries… I’ll respond once a week.
Mike B in Unionville writes- “Dear SOB, in your ‘Monday Market Minute’ posted on November 16th you add your opinion that the 3 year variable is the way to go. Why? “


Great question Mike in Unionville. Its all about control of your mortgage and maintaining flexibility especially in such a low interest rate market. Let me answer with 5 points:
#1- Fixed rate mortgages aren’t going anywhere anytime soon. Without getting into too detail much about why I think this, let me just say this …Under the current market conditions the relationship between fixed rate mortgages and the overall economy is a negative one from a borrowers perspective. That is to say if positive news about the economy rebounding comes out and the markets are feeling up beat, then interest rates rise. If the news is negative, then that will cause fixed rate mortgages to stay low. Currently there is alot of downwards pressure on fixed rate mortgages. Some lenders for the 3rd time in the past 6 months are bringing their fixed 5 year rate below 4%. With a bleak winter ahead I think it will stay that way for some time. POINT: the fixed rate market won’t run away on you.
#2- Variable rate mortgages are based on a formula of prime + or – a certain factor. The current 3 year variable is prime minus .01= 2.15% . The bank of Canada has promised not to change the prime rate until the end of June 2010. Some economists doubt the prime rate will be able rise even after this point next summer.  POINT: the prime rate isn’t likely to change over the next 8 to 12 months
#3- A feature of variable rate mortgages is that at anytime you can convert from a variable rate mortgage to a fixed rate mortgage. Given the information that the prime rate isn’t going to change over the next couple of months and there is a very real possibility that over the next few months fixed rate mortgages will be lower than they are today, why not take a variable? Stay in an extremely low interest rate of 2.15% and then convert over the next few months at a lower interest rate. See my video about converting into a fixed. POINT: Conversion into a lower  fixed in the near to medium future.
#4- The only stipulation when converting into a fixed rate mortgage from a variable is that the term of the mortgage that you choose must be greater than or equal to the number of years remaining in your mortgage. So if you are in a 5 year variable and wanted to convert this year then you would be limited to taking only a 5 year fixed rate mortgage. If you were in a 3 year variable now you have the option of locking into a 3 year fixed, 4 year fixed or 5 year fixed. That decision will depend on your needs and outlook but it allows you to maintain control. POINT: Keep control of your options and maintain flexibility.
#5- Lets assume that you never lock in your variable rate mortgage because the prime rate stays low over the next 3 to 5 years. There is a downwards trend on the spread offered through variable rate mortgages. 24 months ago P-1.0 was available. 12 months ago it jumped up to P+1.0. Since that jump the spread has come back down to Prime – 0.1. If your mortgage renews 2 year earlier in all likelihood you will be able to renegotiate your variable rate mortgage with a better spread much sooner in a 3 year variable. POINT: Renegotiate your variable much sooner to a more favorable spread.
I hope that satisfies your question Mike. Keep in mind this is just my opinion based on the information that I have at my disposal. Who knows what the future holds. If somebody would like to open up a dialogue or challenge any of these points I encourage them to post below.
If you are interested in a 3 year variable I have an excellent rate available for the next 30 days of prime minus 0.25% P-.25% = 2.00%! It is restricted to purchases and refinances and the mortgage has to close within 30 days. This mortgage is offered through Merix Financial.
Christopher Molder – Son of A Broker

Christopher is a mortgage broker based in Toronto, Canada. And a son of a broker too. He’s a second generation mortgage broker. Following in his father’s steps he joined the family mortgage business straight out of university.